DENTAL PROSTHETICS ON IMPLANTS BY NON-SUSTAINABLE DESIGNS IN ESC

Dental prosthetics on implants with fixed structures in the immediate loading protocol, as an alternative to removable prosthetics.
Most patients agree to the use of removable dentures on the upper jaw, provided that the areas of the hard palate remain free of the prosthesis plates, and the prostheses themselves are not excessively mobile. After the loss of all teeth, patients seek to resolve this problem as quickly as possible, nevertheless trying to avoid installing a complete removable denture. In their opinion, a complete removable denture is an outdated treatment method. Implantology can satisfy the needs of such patients.
In the case described in this article, teeth were removed with their replacement by implants with cortical fixation and implants with the Osmoactive surface. Due to the fact that cortical implants with a polished surface, as well as the smaller diameter of these implants, it was possible to install them in the holes immediately after tooth extraction. The day after the operation, a temporary orthopedic structure was installed and six months after the operation, a permanent orthopedic structure was installed with fixed prostheses made of zirconium dioxide. The use of cortically osseointegrated implants with thin polished parts allows immediate prosthetics to be carried out immediately after tooth extraction, as well as in the case of an unfavorable bone condition. Cortically osseointegrated implants can be fixed in several places in the cortical jaw plate.
In the last decade, complex connecting elements have been developed between the teeth on which the fixation was performed and the prosthesis. The disadvantage of prostheses of this kind is that the teeth involved in these designs are subjected to excessive stress. In addition, they must provide a high degree of anatomical retention of crowns bearing connecting elements. In this case, we offered the patient a fixed orthopedic design made of zirconia with fixation on the implants with immediate loading. After discussing several possible treatment methods, the patient decided to install implants.

Under local anesthesia, all teeth on the upper and lower jaws were removed without folding the periosteal mucosa. An osteotomy was performed using a vertical cutter. Using an erbium laser, granulation tissues were removed from the holes of the extracted teeth and the disinfection of the holes of the extracted teeth was performed. BCS implants are inserted into the wells of the extracted teeth. These implants were integrated into the area on the outer cortical plate of the alveolar ridge. A BCS implant is installed in place of the first premolar. A second BCS implant is placed in the region of the maxillary tubercle. The implants are interlocked with a fixed orthopedic construction. The goal was to ensure cortical fixation of osseointegrated cortical bone implants in the area of ​​the bottom of the maxillary sinus, the bottom of the nasal cavity and the tuber of the upper jaw.
On the lower jaw, a combined installation of implants with a rough surface was made in the alveolar process of previously extracted teeth and in the holes of just the extracted teeth, implants with a polished surface were inserted. Impression caps were worn on all implants, an impression was taken, and then a temporary bridge made of plastic was installed.

Within 48 hours, the adverse condition of the patient’s chewing system was eliminated by installing a stable fixed structure fixed to the implants. The treatment proceeded stably without complications, and any changes were not required. The desire of the patient was satisfied with fasting. 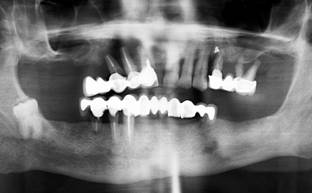 Figure 1. View of the dentition of the upper and lower jaw before surgery. The remaining teeth do not provide a sufficient degree of fixation for the crowns on which the prosthesis rests. In preparation for surgery, an intraosseous infection with inflammation was diagnosed, and bone loss was also noticeable. The picture was taken on 10.26.2011 patient was satisfied with fasting. 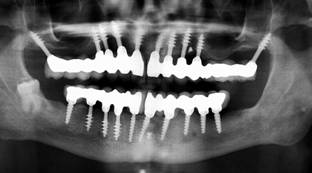 Figure 2. One and a half years after the installation of the implants in the image, a stable state of bone tissue is observed.
and the absence of foci of resorption were satisfied with fasting. 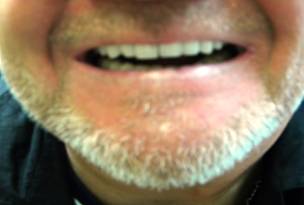 Figure 3. Permanent construction with zirconia. View after a year and a half
after installation.

Traditional approaches used in implantology offer the installation of large-diameter implants, as well as considerable time for healing after implant placement of the implanted socket of the extracted teeth without load. The use of conventional screw implants is considered not practical in cases when tooth extraction is performed with healing with secondary tension. The reason is that their surface is subjected to sandblasting or etching, which greatly contributes to the penetration of bacteria. As a result of this, traditional approaches to the installation of these implants provide for healing time, which allows non-mature bone tissue to tighten the holes under sterile conditions. The application of our approach becomes possible provided the use of suitable implants with the following characteristics: fineness, polished vertical parts, lack of thread and other fastening elements at the site of a possible bacterial attack. This type of cortically osseointegrated implants used in this case satisfy these requirements.
Two approaches are currently widely used to safely implement immediate loading protocols: The first approach (described in this article) involves cortical and macromechanical fixation of implants. It is known that the cortical plate is quite resistant to resorption (due to its structural functions). In addition, this bone is able to withstand heavy loads due to its high degree of mineralization. This approach is based on the strategy of orthopedic surgeons and the principles of fracture management. When choosing the most suitable implants, it is necessary to take into account the width of the bone (for lateral implants), as well as the distance between the alveolar ridge and the cortical plate located opposite it (for cortically osseointegrated screw implants). Integration along the vertical part of the implant does not have a significant impact on the success of its implantation, but it is natural that over time it will begin in this area as well. The second approach involves corticalization of the cancellous bone by means of conical implants with carving. Corticalized (compressed) bone loses the ability to initiate osteon remodeling. In this regard, the areas of compressed bone cannot become the site of formation of new osteons, but only its purpose.
The implants used in this approach are characterized either by increased surface area (when sandblasted), or by the presence of large attachment elements (for example, threads), or both at the same time. The width of the implant is determined depending on the volume of available bone (from 3 to 5 mm.), And the length of the implant in most cases varies between 10-15 mm. In cases of tooth extraction, lateralization of the bone in the area of ​​the alveolar ridge is not performed, as this requires large-diameter implants. If the holes remain open due to the immediate loading of the implants, the use of implants with a rough surface makes the procedure even more risky. For this reason, we prefer to use implants that are fixed in the cortical areas: this prevents both the development of infection and the loss of stability in the event of a rapid onset of functioning.
We believe that in order to prevent infection of the wells of extracted teeth in the initial stages, implants installed in a non-sterile oral cavity should undergo a certain treatment (polishing), at least in their sacral part. To prevent reimplantitis, the diameter of the penetration of the implant into the mucous membrane should be as small as possible. This design contradicts the traditional approach to the formation of a “protrusion profile” for the implant crown. The use of the «protrusion profile approach» is an excellent approach only in some cases, for example, if there is a sufficient amount of vertical and horizontal bone, as well as in areas where teeth adjacent to the implant remain, which help maintain the level of vertical and horizontal bone tissue. Nevertheless, our approach has been successfully used in practice, avoiding risky procedures for building bone tissue.
Implant placement in immediate loading mode in cases when tooth extraction is performed requires repositioning of the bridge after several weeks: it is impossible to fully anticipate the degree of reduction in gum size when developing the prosthesis design, in addition, remodeling reduces the vertical and horizontal sizes of the bone. As a result, cementing must be done when using temporary cement (e.g. Temp Bond). In some cases, after healing of bone and soft tissues, a complete replacement of the prosthesis becomes necessary. If an identical metal beam or frame is used to create the “second bridge”, you can be sure that it will not exert pressure (in a passive state) on the implants.

The need for patients to perform immediate restoration procedures after tooth extraction can be met only with the use of lateral and vertical cortical osteointegrated implants. Depending on the condition of the patient’s oral cavity after tooth extraction, both screw implants with fixation in the cortical plate and bicortically fixed implants can be used individually or simultaneously. With this approach, bone growth is not required. If there is no vertical bone, we use a reserve of horizontal bone and fix the implant in the vestibular and oral cortical plate on the lower and upper jaw, palatine cortical plate of the alveolar ridge of the upper jaw, lateral and / or basal borders of the maxillary sinus or in the cortical plate of the bottom of the nasal cavity .
For more information about the services and prices of the ESC dental clinic, see the dental prosthetics section.